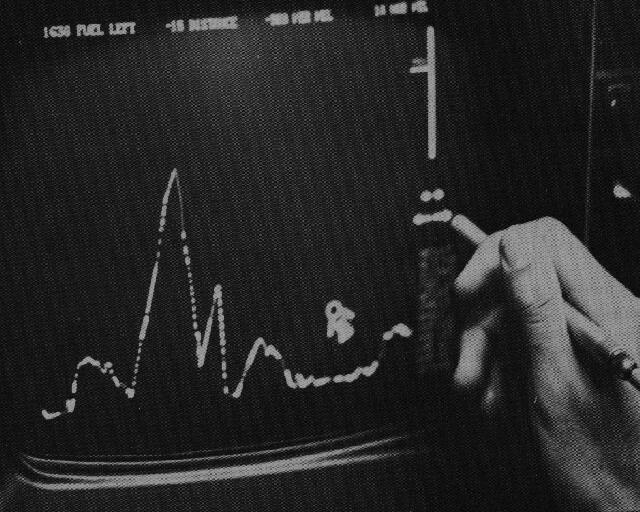 Otherwise known as lunar lander, was an arcade game released by Atari, Inc. in 1979, which used a vector monitor to display vector graphics. The vector graphics generator of the game was also the driving force for Atari’s most successful coin-operated game: Asteroids. The aim of lunar lander (MoonLander) was to safely pilot a lunar landing module to the surface of the moon.

Try an in browser version of lunar landing here!

Aim of our Project

The aim of our project is to eventually be able to emulate the Moonlander game to be run on an android device. To do this we will need to emulate the machine it was originally meant to be played on, the GT40. So...

The DEC GT40 is an VT11 vector graphic terminal produced by the Digital Equipment Corporation, first introduced in October, 1972. The GT40 consisted of:

Due to the fact that the GT40 contained a PDP-11, it could serve as a stand-alone graphics system or as a remote terminal connecting to various types of host computers.

What We Need To Do

Therefore we as a group are interested in emulating certain bits of hardware; these include the CPU, The VT40 display processor and the light pen. All these aspects will have to be emulated successfully but be adapted to to work on a modern tablet so that you will be able to play the lunar landing game. Luckily for us the fact that the GT40 used a light pen onto a screen as input means that using the touch screens of modern tablets you will be able to play the game just as it was originally designed, but with a finger instead of a light pen! It is easy to split our project into a three key areas;

Below are some usefull links to documentation that can give a more detailed view at what needs to be done.